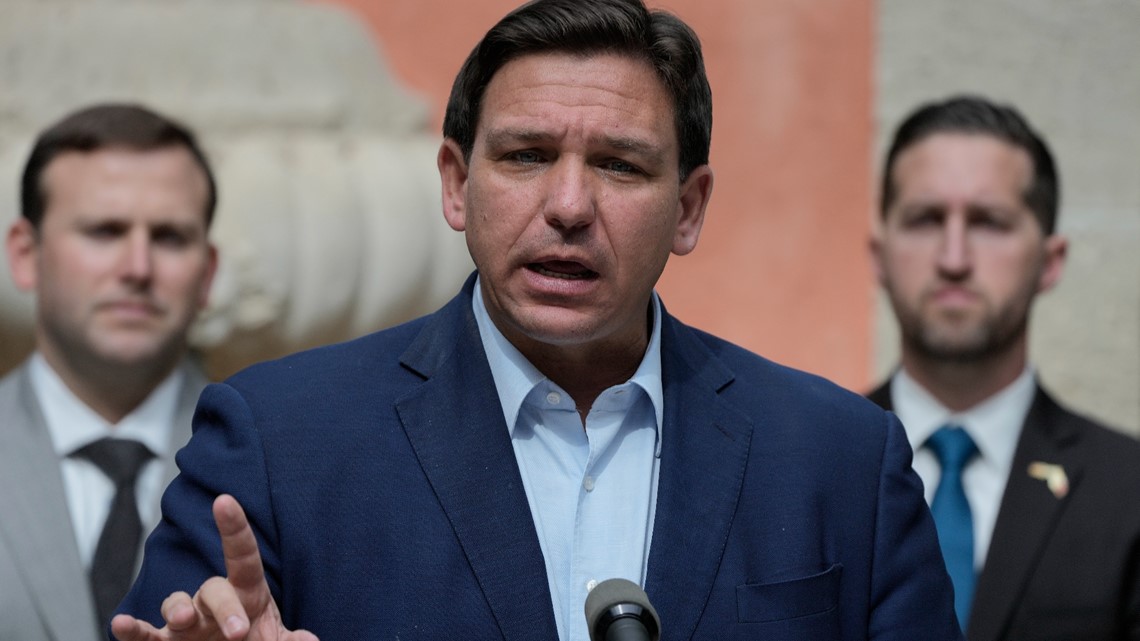 DeSantis says property insurance could be tackled in November

But we may have to wait until November.

TALLAHASSEE, Fla. — At a Tuesday press conference, Florida Governor Ron DeSantis said he would be open to addressing current state property insurance issues during a an upcoming special session. But, if that’s not in the cards, then many Floridians will have to wait until November for reform.

The special session the governor was referring to is focused on passing new congressional redistricting maps. DeSantis had just vetoed the legislature’s initial attempt to create the map. However, DeSantis told reporters he would be willing to ask lawmakers if they could also tackle other issues such as property insurance reform.

Otherwise, the governor said he would wait until after the November election, when Florida Rep. Paul Renner, R-Palm Beach, is set to replace Rep. Chris Sprows, R-Clearwater, as chairman of the Room.

“It won’t go until next year,” DeSantis told reporters. “I think it will be at the latest when President Renner takes over. I think right after the election they will pass it.”

Home insurance costs have increased over the past year. Many industry experts say the reasons vary from things like inflation and flooding to natural disasters.

Several bills dealing with insurance costs were introduced during the last Florida legislative session. However, each failed to pass.