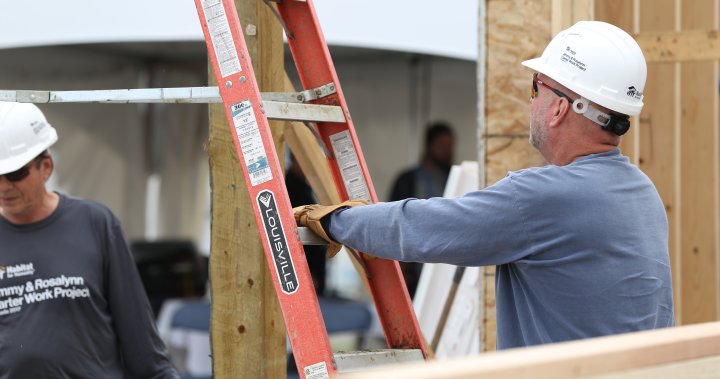 Habitat for Humanity Manitoba introduced Westland Insurance as the new presenting sponsor of the Manitoba Property Insurance Build at a press conference Monday.

Westland accepted a $ 50,000 construction donation, which follows a similar commitment made by Habitat for Humanity Saskatchewan.

â€œWe are thrilled to announce a partnership with Westland Insurance which is a very real and tangible investment in people and our communities,â€ said Sandy Hopkins, CEO of Habitat for Humanity Manitoba.

â€œWestland has grown into the largest independent Canadian-owned brokerage firm in the country, but it is also a company that has maintained a focus on its employees, clients and the communities it serves, as evidenced by ‘today’s announcement’.

The Manitoba Property Insurance Build is the ninth event that invites insurers and brokers to pick up the hammer and participate in a project to improve the lives of a local family through access to affordable housing.

â€œOur commitment to community and family values â€‹â€‹aligns greatly with Habitat for Humanity’s vision and we are thrilled to launch our partnership in Manitoba.

Hopkins said that there is no better feeling than knowing that you have helped a family achieve stability, strength and self-reliance.

“When finished, we will have 20 families here, the last of them is likely to move in at the start of the year,” he said.

â€œWe already have eight families living here and a few more are preparing to move in and the current homes will be completed early next year. “

According to the statement, just as Westland Insurance and its staff are on hand to lift a hammer to support this project with a construction day in Winnipeg, they will also support other communities by participating in five similar events this fall in other regions. from the country.