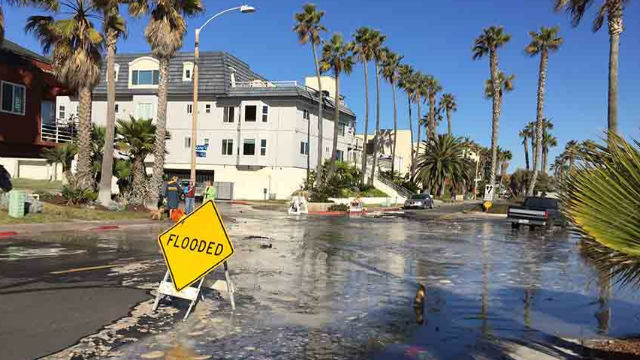 According to the National Oceanic and Atmospheric Administration, flooding is the most common and costly natural disaster in the United States, causing estimated losses of more than $ 845 billion from floods and hurricanes since 2000. And, when the floods damage a community, you may be surprised to learn that taxpayers are not only required to pay the majority of repair costs, but also pay millions of dollars each year to subsidize insurance premiums by through the National flood insurance program.

San Diego Congressman Scott peters is leading a bipartisan effort to help protect taxpayers by ending mandatory flood insurance subsidies given to those who choose to build in areas vulnerable to flooding. The Building Law for Future Disasters (HR 8616) demands, from 2025, that homeowners who have built flood plains be required to pay their fair share – and not force taxpayers to foot the bill.

Peters’ bill complements another bipartisan effort underway in Congress that will require the use of the best available data when it comes to building federal infrastructure projects in flood-prone areas. The Flood Resilience and Taxpayer Savings Act will require federal agencies to plan for future risks, not just historical data, when using taxpayer dollars.

It is time for taxpayers to be protected in the event of a flood. And where it rains, it can flood.