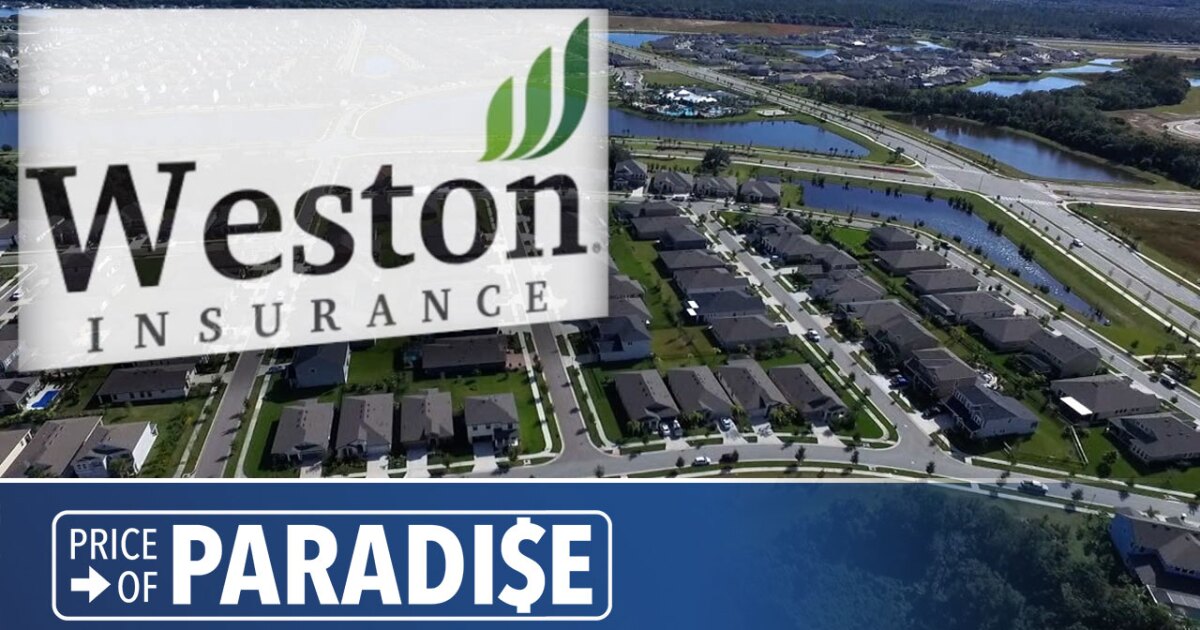 TAMPA BAY, Fla. – During the first week of August, four Florida property insurance companies had their ratings removed from ratings agency Demotech’s database and one is now in liquidation.

Weston Property & Casualty Insurance is the fifth property insurance company operating in Florida to go into receivership this year.

According to the Florida Chief Financial Officer (CFO) website, Weston entered liquidation on August 8. That gives its 20,000 customers just 30 days to find new insurance, and all existing claims will be transferred to the Florida Insurance Guarantee Association.

Weston and FedNat Insurance were the first companies to lose their financial stability ratings from Demotech after reviewing reinsurance packages for the 2022 hurricane season.

According to our records, FedNat had approximately 152,000 policies before filing for receivership in May. They dropped 68,000 owners and continued to operate.

Bankers Specialty and Community First are the other two companies that now have an NR or “no rating” from Demotech. Their parent company, Bankers Insurance Group, tells us that they voluntarily withdrew their rating.

In a statement, they said: “We have proactively withdrawn our ratings from Demotech due to ongoing concerns about the company’s methodologies. AM Best is the world’s largest rating agency for the insurance industry. Bankers Insurance Group holds an AM Best Financial Strength Rating (FSR) which exceeds the requirement for mortgage lenders Fannie Mae and Freddie Mac.

“Bankers is already rated by global rating company AM Best. They have a B++ rating, which qualifies all of their policyholders for federally backed mortgages,” explained Mark Friedlander of the Insurance Information Institute. “It will be a transparent process for customers. It will make no difference to how they are covered.

However, Bankers announced in July that it would no longer underwrite homeowners insurance in Florida – only commercial lines, builders’ risk, rentals and flood policies.

We also spoke with representatives from rating agency AM Best to ask why they only rate certain Florida companies and not others.

They told us in a phone conversation that they had specific criteria and that “some companies may not be as financially sound as they claim and may be reluctant to approach a rating agency such as AM Best “, said Jeffery Mango, general manager. of the agency’s strategy and communication.

Federal loans like Freddie and Fannie will accept insurance from a company rated “B” or better by AM Best and only an “A” from Demotech.

For homeowners with United Property And Casualty Insurance (UPC), who have been downgraded to an “M” or moderate…they are still in compliance with federal loans as well. UPC has opted into the Florida Office Of Insurance Regulation (OIR) reinsurance program with Citizens Property Insurance, which gives them the necessary financial backing.

As stated on the OIR website, “the temporary market stabilization arrangement replaces an acceptable financial stability rating for policies with mortgages backed by Fannie Mae and Freddie Mac. The arrangement provides that if an insurer is covered by a reinsurer which assumes, by endorsement, 100% of the insurer’s liability or any covered loss payable but not paid by the insurer due to insolvency, it satisfies the exemption requirements for Fannie Mae and Freddie Mac.

→ Click here to learn more about why Weston went into receivership.

Other property insurance companies that went into receivership this year and are in liquidation are Avatar, Southern Fidelity and Lighthouse (in Louisiana).