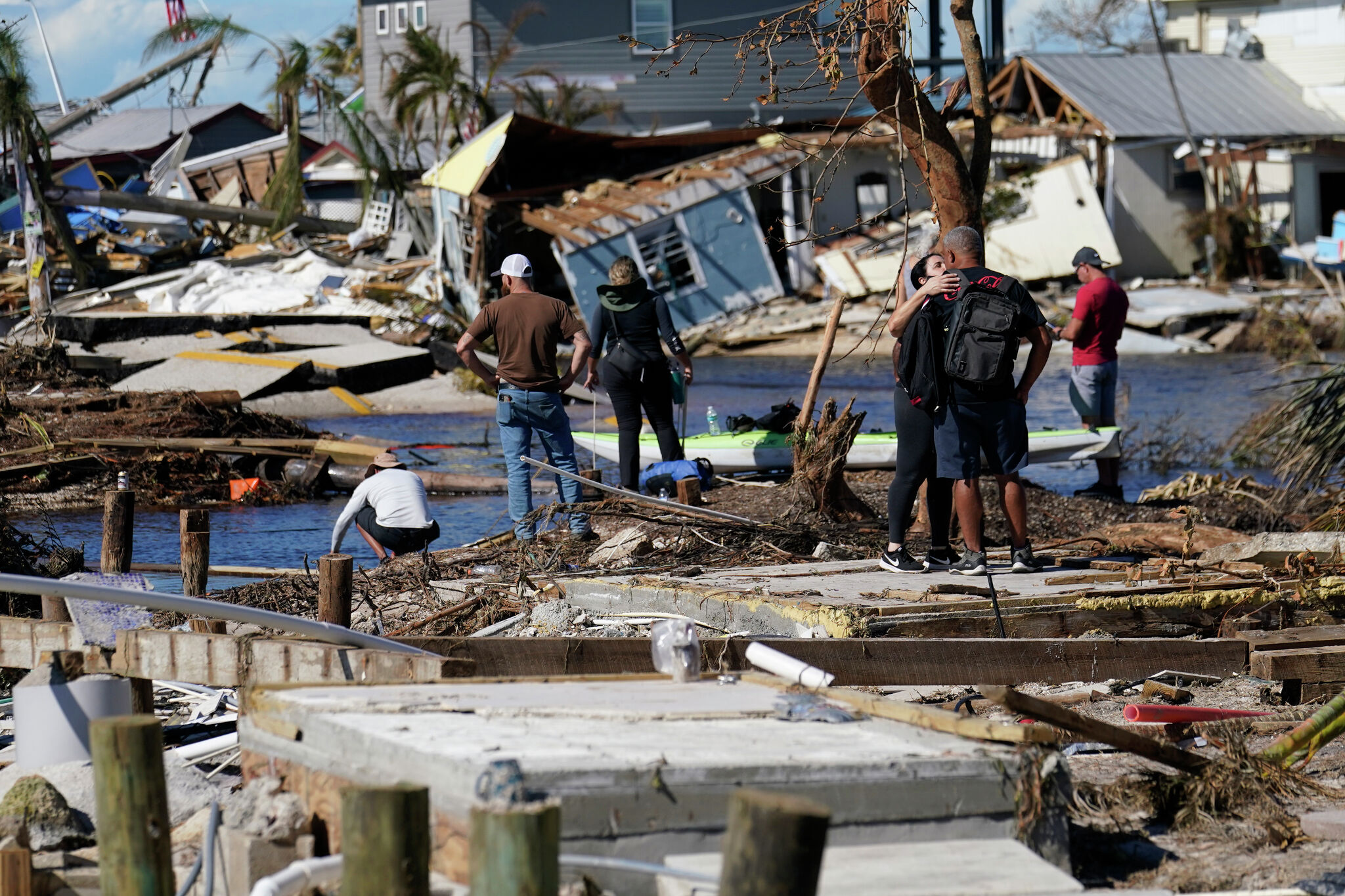 While an analyst predicts $63 billion in insurance claims from Hurricane Ian, the Connecticut group of specialty insurers is working to cover some of those losses through reinsurance policies they sell, putting further pressure on home and auto insurance rates as insurers seek to recoup losses.

Ian was one of three massive storms to hit the United States and its territories in a matter of weeks, along with Hurricane Fiona hitting Puerto Rico and Typhoon Merbok hitting Alaska.

In the initial estimate by Karen Clark & ​​Co., the Boston catastrophe modeling firm estimated a $63 billion payout by insurers to cover Ian’s exposure, not including claims filed in the under the US government-backed National Flood Insurance Program.

“Hurricane Ian will be the largest hurricane loss in Florida history,” wrote analysts at Karen Clark & ​​Co. in an initial estimate of Ian’s balance sheet. “The total economic damage will be well over $100 billion, including uninsured properties, infrastructure damage and other cleanup and recovery costs.”

Private insurers will bear much of this tab, as underwriting profits have tightened significantly over the past year as stock market returns have fallen, and inflation has driven up the cost of claims filed by policyholders who suffer losses.

After a profit of $5.2 billion on their underwriting in 2020, American insurers suffered a loss of $3.8 billion the following year, according to estimates by the American Property Casualty Insurance Association and Verisk. However, overall profit rose slightly to $61.9 billion in 2021 as insurers more than offset their underwriting losses with gains in investment markets.

Insurers rely on reinsurance policies for catastrophic events that threaten massive payouts, such as hurricanes, floods, earthquakes, or other perils.

Connecticut has a large group of reinsurers, including the Stamford headquarters for Berkshire Hathaway and its subsidiary General Reinsurance, as well as Navigators Re, Odyssey Re and XL Reinsurance; Everest Re and PartnerRe with satellite offices there; Axis Capital with an office in Hartford; and Arch Capital with reinsurance offices in Farmington and Hartford. Munich Reinsurance, the largest in the world, owns the specialized insurance company Hartford Steam Boiler.

In August, Fitch Ratings, a subsidiary of Hearst Corp., said reinsurers were already raising rates to stay ahead of inflation and underwriting pressures, putting pressure on standard insurers to follow suit. The CEO of WR Berkley offered a similar outlook the previous month, with the Greenwich-based company offering specialist insurance, including niche reinsurance products.

“Property cat is one of the highest rated product lines,” CEO Rob Berkley said in a conference call. “It’s probably one of the product lines – be it insurance or reinsurance – that has been the most undervalued for a long time.”